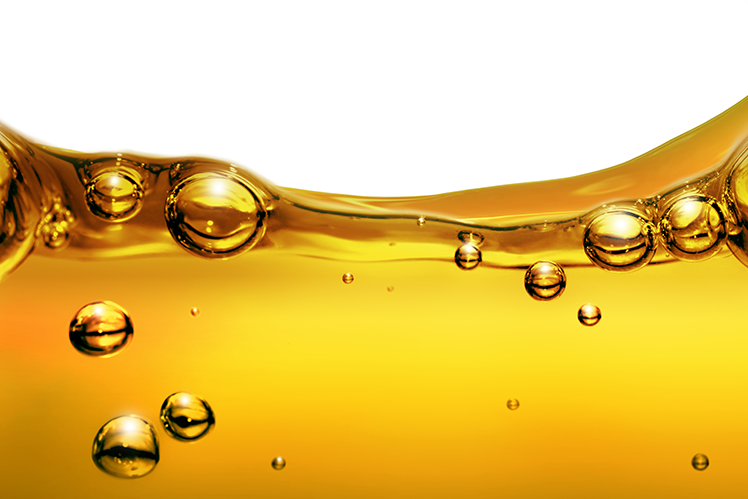 Total explains the impact of fuel entering the crankcase and the importance of quality lubricants in this regard.

What happens when the fuel is not fully burned off in the combustion chamber? The answer to this question is also the cause of certain breakdowns, i.e. that the fuel tends to flow towards the crankcase. In fact, it flows down through the piston skirt towards the crankcase, where it mixes with the engine oil.

Once this anomaly happens, there are number of effects. One of these is the washing of the liner walls, the piston skirt and the segments, which implies that the fuel wipes away the oil, leaving the area without lubrication and the liner walls polished.

Although this may sound like everything has been given a great clean, nothing could be further from the truth: in reality, the lack of lubricant means that the surfaces rub against each other, which causes wear. When polished, it is more difficult for the liner to keep the lubricant in the area, which can lead to faults such as the seizing up of the piston and of the liner itself.

Another effect of fuel leaking into the crankcase is oil dilution. This causes the lubricant to lose viscosity, meaning that the films formed are weaker and less capable of withstanding high loads that can occur at certain points, such as the rod bearings and crankshaft areas.

What happens if the viscosity becomes too low? This causes contact between the metal surfaces, leading to rapid wear of the bearings due to friction.

A third effect of fuel passing through the crankcase is related to biofuel. Currently, both diesel fuel and gasoline include biofuels in their formula (biodiesel in the first case, and bioethanol in the second).

As the fuel is subject to high temperatures in the crankcase, some of it evaporates, meaning that, in the case of diesel fuel, the portion of biofuel becomes concentrated. This causes the biodiesel to be less fluid and more viscous than the diesel fuel, which causes the lubricant to thicken.

For example: if we take a diesel fuel comprised of 7% biodiesel, the diesel fuel portion evaporates in the crankcase, meaning that the concentration of biofuel can amount to more than 10% of biodiesel. Due to this effect, the viscosity of the lubricant and fuel mixture increases, and the wear on the bearings can speed up significantly.

New technologies to the rescue

The problem of fuel passing through the crankcase seems to have eased in recent years. In this regard, the ANAC analyses carried out on heavy vehicles indicate that more than 5% of the samples of engine oil analyzed contained fuel, although concentration was higher in vehicles prior to 2009. This seems to indicate that combustion using current fuel injection systems has improved this issue.

As for light-duty vehicles, several cases have been observed in which the oil level increased instead of decreasing, resulting in several instances where the level far exceeded the maximum mark on the dipstick. Although this may seem like good news, it is not: in such instances, not only does the same dilution problem occur, but it is also particularly serious, given that in such cases the concentration of fuel is very high and can cause rapid wear and engine failure. Occasionally you may detect a drop in pressure and/or power if this is the case.

Some manufacturers have actually added a new notch above the maximum mark as a warning sign. If you notice an increase in the excess level, you should reduce the mileage interval for changing the lubricant by half. This instruction is included in the maintenance manual of the vehicle and must be observed in order to maintain the warranty.

Furthermore, as the lubricant is being used up (1 liter per 10,000 kilometers) and replaced by fuel, the concentration of additives decreases, meaning that part of their protective action of the engine is lost.

With regard to gasoline cars, they are now beginning to commercialize TGDI engines, with turbo and direct injection of this fuel, with the objective of increasing their energy efficiency through greater fuel savings and less polluting emissions. The increasing popularity of these engines will mean a higher percentage of gasoline in the oil, along with higher temperatures and operating pressure for lubricants.

In short, when fuel mixes with the lubricant, it reduces the viscosity of the oil, meaning that the viscosity may be too low to create an oil film capable of withstanding heavy loads and speeds in some parts of the engine. This results in friction between the metal surfaces and wear of the parts.

For this reason, it is crucial to use a properly formulated, high-quality engine oil capable of withstanding dilution by fuel, as well as the additional effects caused by the portion of biofuel. To show how important this is, the ACEA has carried out two tests in this area: the CEC L-104 that controls the effects of biodiesel on the engine (piston, rings and the formation of deposits); and the GFC-Lu-43 A11 (oxidation in the presence of biofuel), where it controls the presence of fuel and the effects it produces, especially biodiesel.

As a result of these tests, the lubricant is better able to maintain its characteristics and increase its capacity to protect the engine in the event of dilution.